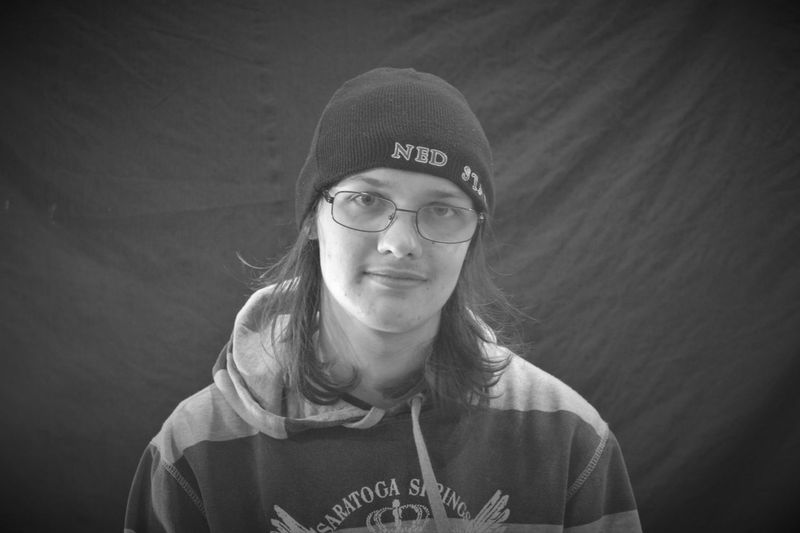 What inspired me to want to pursue a career in game design? When I was twelve, in middle school, I would hang out with my friends in the library during the lunch period. We usually played games on the computers, like Fire Boy and Ice Girl, but one day my friend showed me a program he made: a small stickman waving his arms at me. Looking back, the program wasn’t much, but for twelve-year-old me, it was inspiring.

I started getting interested in programming when I got my computer during freshman year. I spent most of that school year just making silly programs that kept the data I put in it or a few small movies, using text to make pictures. I discovered the world of game development through YouTube and the joy from the many games I played on my computer. I started creating small games in which I performed one or two actions, but for me, it was amazing. Just to make it a bit more entertaining, I would spend hours coding and debugging and drawing simple art assets for the game. It was like those summer days I spent with my friends when I was younger: time just flew by so quickly.

It was out of spite the first time I made a game I was proud of. I was talking to some friends in an online call at the start of the quarantine. I mentioned to them that I had made a couple of small games and programs before. One of my friends didn't believe me, so later that night I started on one of my favorite games. The game was just going to be a simple project that I wasn't going to spend much time on; I just wanted to prove to my friend that I could make video games. But over time it became more than a simple project. When I started making it, I didn't know what the game was going to be about, so I asked a couple of my friends for ideas. A couple of ideas were interesting but out of my scope at the time. One of the suggestions was just two words and a picture: Gun Bee with a picture of a bumblebee holding a fake weapon. When the game was finished I played as a small bumblebee holding weapons in his little hands protecting his queen and his hive from the wasps and other insects trying to attack.

The game took me most of the quarantine to finish. Making the game was an amazing experience and gave me a good idea of how the game design process works. I found problems that I had never thought of before; I had to debug the game and think of solutions to balancing many of the game’s mechanics. Now that I think about them, many of these problems are pretty obvious and wouldn't be too difficult to solve now.

Thinking about Gun Bee, I can honestly say that I’m proud. Most people won’t know what Gun Bee is and why it’s so important to me, but I do, and it’s pushing me forward to make even better games in the future. Many small silly things that I didn’t notice, like when my friend showed me programming, are now propelling me forward and creating my future.

© Aiden Barker. All rights reserved. If you are interested in quoting this story, contact the national team and we can put you in touch with the author’s teacher.