Not a Sinner, just a Lover 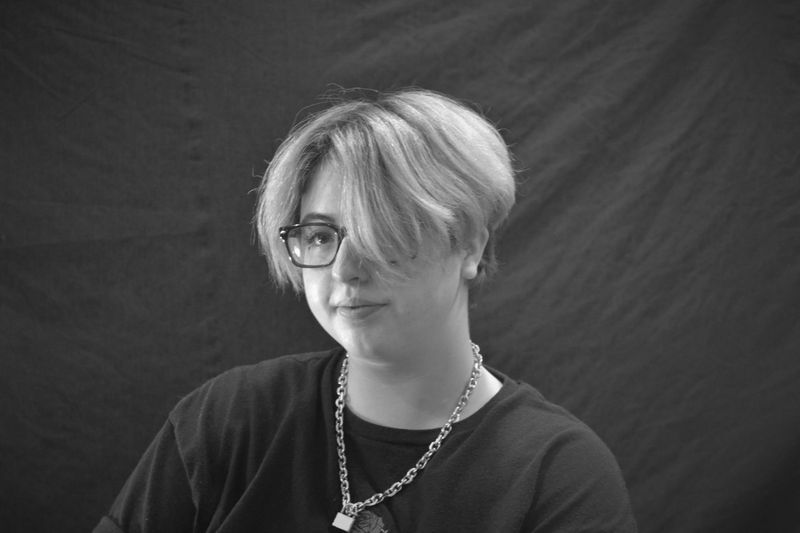 I am punished for those that I choose to love, but praised for those to whom I show fake love. I am complimented when I dress in tight clothes and cake my face in makeup, but frowned upon when I wear “men's” clothes and attempt to flatten my chest. One cannot be who they want to be, but rather what society wants them to be.

When I was younger, likely around 11 years old, I remember feeling a certain way to a childhood friend. We were friends for about three years at the time and spent almost every weekend together. With time, this affection grew stronger to the point where I didn’t want to accept it. I ended our friendship due to the fear that my affection toward her would end it instead. That night, I remember crying uncontrollably, wondering why I felt this way, begging to be different.

It wasn’t until 8th grade when I finally came out to my family about who I truly was. They assumed it was a phase and that I would soon change once I got into high school, but that wasn’t the case. Along with coming out to my family, I came out to many friends around me. Most of them were accepting, but there were some that never wanted to hang out with me again. “I don’t trust you having sleepovers with me” or “I don’t want you to end up liking me” was the excuse many gave.

Going into high school, I had my very first girlfriend. I was so delighted to finally be able to be with someone I truly loved, but that was when I began to see the differences in the people surrounding me. People would stare when we were out in public, point and laugh at us, and even call us “faggots” under their breath. It began to get to the point where we had to pretend to be friends out in public to avoid the attention. Unfortunately, due to this, our relationship didn’t last long.

This is when I was introduced to the Pride Festival that comes into town every year. I decided to go just to meet more people who had similar feelings as I did. There was every color of the rainbow and people laughing with smiles plastered on their faces. Women were holding hands, men were wearing bright pink dresses and makeup, and people were cheering and embracing their true identities. It felt like I was a part of a new family; I had finally found my community that had been hidden and silenced. Although everything inside was lively and everyone who was attending was amiable, there were people outside of the gated area protesting who we were.

They held signs scribbled with profanity, screamed into megaphones, and were chanting that we were all sinners and that we were going to hell. Their ear-piercing protests of homosexuality were disregarded, and the majority of the attendees ignored them. That is when I began to learn that no matter what I do, there will always be people that go against me. I wanted to be more like my community and embrace the differences that I have.

Going to the Pride Festival made me realize that there are more people like me and it isn’t such an abnormal feeling to love someone of the same gender. There should never be a child in this world who should be ‘othered’ just for who they love and who they want to be. Everyone should shout their truth of who they are proudly and express themselves stridently.

© Ashlyn Brady. All rights reserved. If you are interested in quoting this story, contact the national team and we can put you in touch with the author’s teacher.