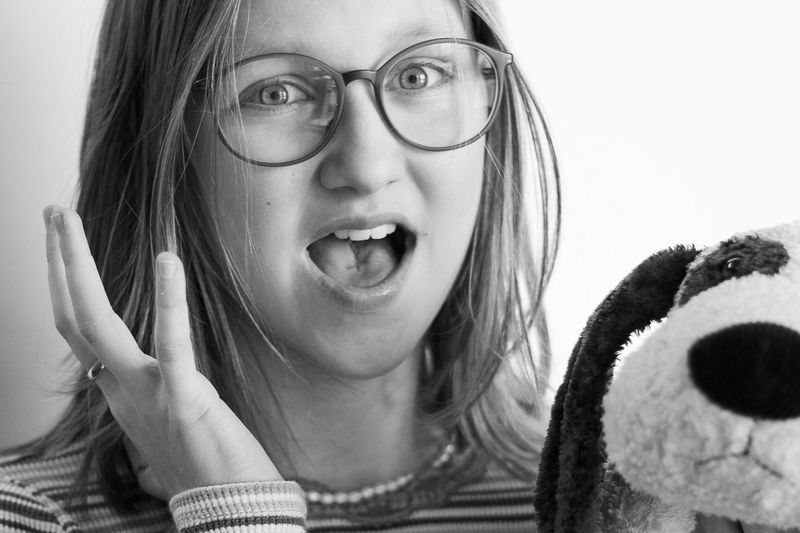 When I was little, I had this huge fear of dogs. Whenever we were going to someone’s house, I would always ask if they had a dog. When there was, I would wear clothing that covered my skin and carry a backpack to prevent the dog from jumping up and scratching me. My fear started with my dog Zoe. She was a tiny, white dog that was really nice, but, after I was born, I believe she got jealous because she became mean and didn’t get along with anyone. She would always come up to me and nip me where I had bare skin. It always hurt when she did, so we got rid of her after my little sister was born. Zoe went and lived with my grandparents who owned her sister. I think she liked it more there because of the attention.

However, when we went over there, she would still nip at me. We moved away, and I haven’t seen her in a while. I was always told that dogs wouldn’t bite me, but I guess I’m not a dog person because that was never true. Once, I went to my dad’s friend’s house, and he had this ginormous, ferocious looking dog. He said, “Oh, he won’t bite you.” That sure wasn’t true. As soon as I walked in, he came right up and bit me deeply. It scared me terribly, so I just stayed away. It felt like something sharp had sliced me. I also remember, whenever I went to my uncle’s, I would hide on top of the couch so the dogs wouldn’t come and jump on me. Although he would try to keep them outside, sometimes, because of cold weather or a storm, they were forced to come inside.

Just a couple years ago, we got a dog around Christmas. I was really scared at first, but I’ve been getting used to it. Now, I don’t think I could live without her. It all started when me and my little sister really wanted a dog. At first my parents said “no” because they thought it would be a bad idea to have a daughter scared of dogs and a dog in the same house. Ultimately, they agreed to look around. When they started looking at dogs, they found a breeder who breeds Havanese dogs. We found two dogs, a black and brown one. My sister and I wanted the black one, but my parents liked the brown one. When my parents finally decided we would get one, the black one was gone; they said the brown dog would be better anyways since she was more playful. Therefore, we got the minute, brown one.

The night we got our dog, I was so excited but so nervous at the same time. I was scared she’d be like Zoe because that was the only dog I had ever lived with. For most of the ride, we talked about names; we chose Daisy. I really liked the idea of that name. I remember driving up the breeder’s driveway and walking in the door. They were all ready with Daisy. We got to play with Daisy for a little bit, but I was too scared at that time. There was this little boy who was holding Daisy, and I’m guessing it’s hard for him to let all these dogs go after being with them. On the ride home, my parents had Daisy in the front on one of their laps, hoping she wouldn’t throw up–she did. When we got home, Daisy ran around a little bit, but I was too scared to touch her.

Finally, I held her and actually really enjoyed it. I’ve had a lot of fun having Daisy around, and I think she’s the one who got me over my fear. Although I would still have little breakdowns telling myself I wasn’t ready and that I didn’t want Daisy, I’ve gotten over my fear and now can’t live without her.

Since having Daisy, I’ve had to adapt. It was challenging to face my fear, but afterwards I noticed how good it felt to get over it. Being around dogs, I have noticed that one fear shouldn’t control your life and sometimes you need to take a risk to change.

© Ava Robel. All rights reserved. If you are interested in quoting this story, contact the national team and we can put you in touch with the author’s teacher.