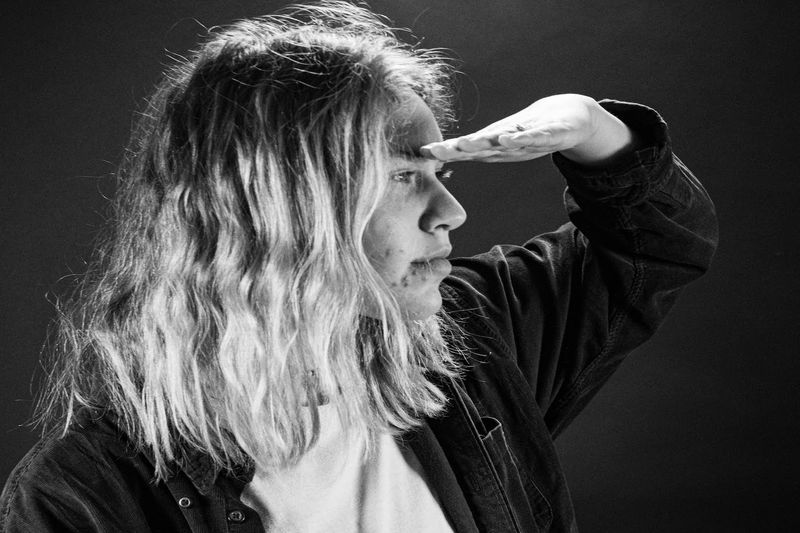 DisneyWorld, despite being considered the happiest place on earth, had transformed into quite possibly the saddest and loneliest place on the planet from one slight moment of distraction. I was a nine year old prepubescent teen, awkwardly standing in my bright neon pink and yellow shoes, old khakis shorts that went past the knee, and a shirt that I later discovered was see through, ready to take on DisneyWorld with my family. DisneyWorld was my oyster!

We ate at one of the themed restaurants for lunch. I went to throw away my trash and the next thing I knew, I was all alone. There was no one in that restaurant. No one, not even my family. In my mind I imagined my family walking into Cinderella's castle, linking arms, and maniacally laughing at me as if this were some sort of diabolical prank. But after waiting for two minutes, I knew, oh no no no, this was no prank. I was lost at DisneyWorld.

The issue with being nine and lost at DisneyWorld is that you'll start wandering around aimlessly. And as you walk around, you'll begin to wonder, "my gosh, how much land does Disney have?" I had the entire park to search through and had no idea where to begin. I felt like Kevin from the movie Home Alone. Except that everyone at Disney was kind and cooperative, and they weren't out to get me.

After a few minutes, I gathered around the trash can and I thought, Okay, I'm looking for a woman with tight curly hair and a man with a bald head. How difficult could it be? For a while, I spattered around frantically. Looking up and down, rustling through families wearing mickey mouse ears and carrying massive souvenir water bottles. That's when I noticed it. A gleaming bald head. It was like a scene from National Lampoon's Christmas Vacation, when the angels begin to sing hallelujah and the lights of heaven shine on the most extravagantly full, perfectly shaped Christmas tree. I had found my tree, I thought to myself.

I skipped up to him, he turned his head like a hawk. I looked at him. He looked at me. … ope not my dad.

And that was the moment when I learned that there are lots of bald dads at DisneyWorld. It was also the moment where I had given up. That bald man was my last glimmer of hope. It's weird, because growing up, you're never really alone. You grow up and you're never out in the world by yourself very much. I felt like I was out in the world, completely alone. Out of all the families, none of them seemed to belong to me.

I decided to shamefully walk back to the restaurant and wait there when one of the employees greeted me.

“What is wrong, sweetie?”

“ I can’t find my parents and my sister.”

For a little while, we just waited. Until after ten minutes she asked, “Is that them?” I knew I recognized that bald head.

It was my family coming back for me.

They rushed up to me and wrapped their arms around me. I clung onto them like a toddler would cling to their old, worn teddy bear. Because it is true. I don't know what life would be like without them. I realized how easy it is to feel as if you don't belong anywhere. But a true family will always come back for you. They will make you feel like you belong. Strangely, being stranded and all alone made me appreciate my family even more. And for that I am extremely grateful that I got lost in DisneyWorld.

© Bella Clark . All rights reserved. If you are interested in quoting this story, contact the national team and we can put you in touch with the author’s teacher.