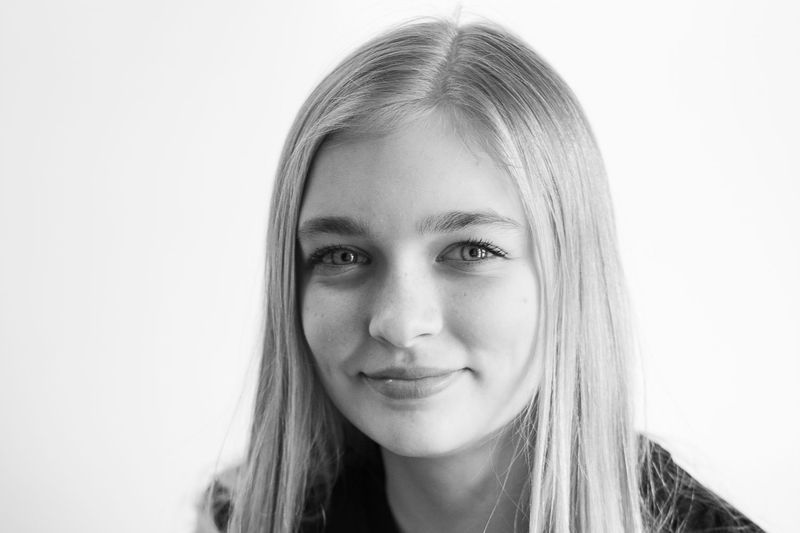 I love basketball. Before I was old enough to play, I always loved to watch my sister play and loved to watch basketball on TV with my dad. My dad has always been one of the big inspirations for me playing and has always pushed me to be my best. Because of the urge to play from mostly my dad I would play a lot. Anytime I would play, I would just love every second of it. I would play at school a lot, whenever we could, and that’s where not so great things occurred.

I was in gym class in 6th grade and the gym teachers announced that it would be a free day. When they released us to go do whatever, I knew I wanted to go straight to the hoops. Whenever we had a free day, like today, I would always play lightning, which is a game to practice your shot. With playing lightning came some struggles. The only game of lighting going, only boys are playing. Some of them don’t cause any problems, but most of them are extremely sexist. They make comments like, “You’re a girl. You can’t play.” Or, “I’ll get you out easily.” Or they’ll make fun of their friends when I get them out and say, “Ooooooo, you got out by a girl!”

Every time it happens I always get massively upset. What they’re saying isn’t true. Just because I’m a girl doesn’t mean I can’t play basketball, or I’m not good at it. I tried and tried and eventually, I was over it. I didn’t want to play lightning or basketball because these frequent comments were getting exhausting. I knew that if I stopped playing, they had just won. Whenever it would happen, I tried to make my expression look as bland as possible to make sure they didn’t see that what they said got to me. That plan didn’t really work. After a while, I realized I needed to say something so they would stop. Whenever they would say something I would say something short and simple like, “Why does that matter?” That usually made them not say anything more that day, but the next time we would play they would just come back.

It wasn’t just while playing basketball. Any other athletic game we played boys wouldn’t pass the ball to any girls or they would make similar comments. Me and my friends would talk about it a lot, but the thing is, there isn’t much we could do other than trying to talk to them about why that isn’t okay what they’re saying or by showing them. Showing them that when we get passed to or whatever it is, we can do that.

It was really tough to put up with this all the time, but after a while, I realized something. I could take what they said and let out the angry energy into my playing. What I mean by that is, I was going to take all the idiotic things that they said and let the things I was feeling into my playing. The more they said almost the better I played because all I was thinking about doing was proving them wrong and me being so focused on that made it happen.

When you really put your mind to something, it will happen.

Research has shown that women are actually often better than men at sports because they have to work harder to prove they can do it unlike men because people just assume that if you’re a man you are athletic and good at it and if you’re a woman you don’t even like sports. This also shows that this happens to all women.

I learned that just because I’m a girl doesn’t mean I can’t play. I can play just as good if not better than them. Also, if something is bothering you, you can’t just try and ignore it. You have to try and put an end to it. To this day, I still am trying to show that I can really play. I’ve learned that what they’re saying won’t stop right away. It takes a while, but it will stop eventually.

© Carsyn Savey. All rights reserved. If you are interested in quoting this story, contact the national team and we can put you in touch with the author’s teacher.