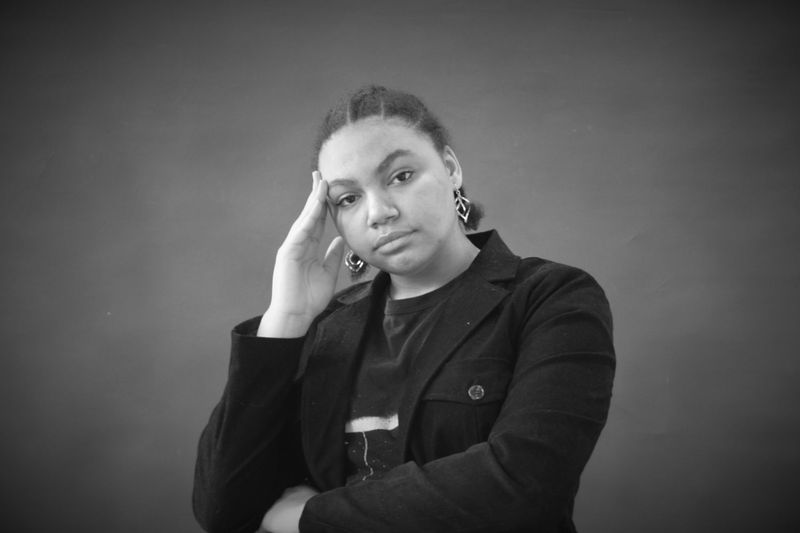 Going as far back as elementary school, I have been asked the question, “Are you Hispanic?” I never thought of it much, so I always responded that I am. However, I am more than just one race, which I thought was obvious from the way I look. Even if they were elementary school kids, should they really have asked me such a question without looking beyond my skin?

It was later in my freshman year that my dad suggested that I get an ancestry test done. This was not to find out my ethnic background or just for fun. It was instead our way of trying to see if we could find out who my real father was. From my honey-colored skin and afro hair alone, one could tell that I have African roots. I heard from my adoptive father that there was speculation that he was Puerto Rican. When the results came back, I learned that I am Caucasian, African, and Hispanic, with Hispanic being one of the smaller percentages.

Even if we didn’t find out who my real father was, I was more interested in my ethnic background. I had always felt very connected with my Hispanic side and even as a child, I was interested in learning Spanish. When I was finally in the grade where I could take a language class, I chose Spanish and studied it hard so that I could be fluent. Now, I do speak and understand it very well.

Even though I had Hispanic as a smaller percentage of my ancestry, the question would always be, “Are you Hispanic?”

In my 10th grade Computer Science Principles class, two students, whom I never talked to, came up to me and one said, “Hola.” I responded with “Hi” and the guy behind him said, “I don’t think she’s Hispanic, bro.” The first kid then turned to me and asked if I was Hispanic, to which I replied, as always, “Yes.” Five minutes later, the kid turned to me again and asked, “¿Qué estás haciendo?” I wish I had said, “Estoy trabajando en mi trabajo de esta clase,” but instead I said, “I’m working on the classwork.”

In the same year, I became friends with some of the Spanish speaking kids at our school. One day, I was talking with one of them and I accidentally slipped up and said something in English. After one English syllable came out of my mouth, he didn’t speak to me anymore. I tried talking to him again, but he just ignored me. I think it’s funny how a lot of Spanish speakers will throw in random English words when they’re speaking Spanish, but as soon as I slip up once, he never wants to talk to me again?

I think that a lot of people don’t perceive others as more than one race. No one should have to explain their racial background just because they don’t look like the stereotype.

I’m not only Hispanic, but Caucasian and African, too. I was adopted and raised by a Caucasian family. My biological mother’s great Grandmother was from Mexico, yet my biological mother can’t speak Spanish. I haven’t gotten asked if I was Hispanic in recent times and people just say that I’m multiracial. I can now speak Spanish fluently because I wanted to learn it. I’m not confined to just one race. I am multi-racial and there’s no need to dig deeper than that.

© Cassandra Persinger. All rights reserved. If you are interested in quoting this story, contact the national team and we can put you in touch with the author’s teacher.