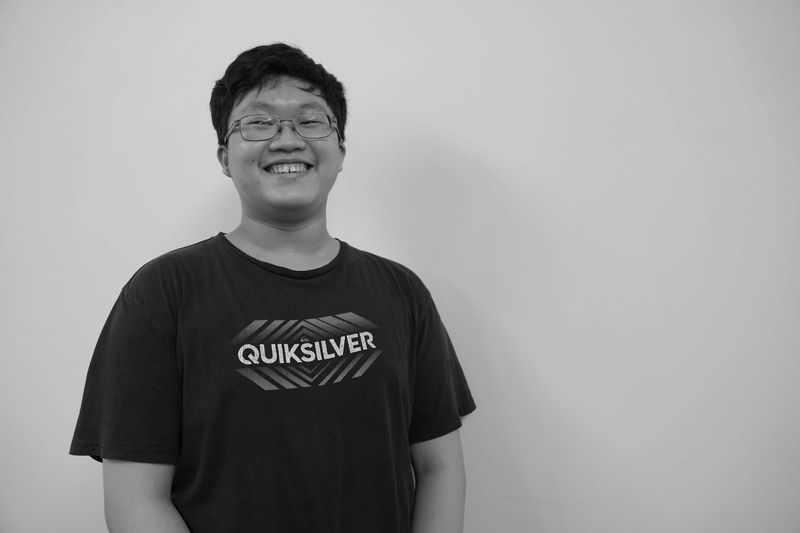 A blank and empty room. The kid stands there, staring at the closed door. Looking around, only seeing the white, plain walls. With nowhere to go, he rolls up into a ball, and sits. With no one to talk to, he stares off into space. With nothing to do, he stares into a mirror, seeing nothing but a jar filled to the brim with water.

Unfortunately, that kid was me. I was a stubborn kid. However, my dim future was meant to brighten up my family, as I was lucky enough to have parents who would hold open the door for me. As a child, I was shy and egotistical. I thought that I was already perfect, privileged in some respects, meaning even if I was flawed in any way, I would be reluctant to fold and ask others for help. Naturally, this applies to opportunities that come my way.

I have two sisters, who I believe are incredibly talented and am incredibly proud of. They, unlike me, did well in school and were extremely outgoing. More importantly, they were open to new ideas, in stark contrast to me. When my sisters were in high school, they were already doing many extracurricular activities, such as clubs. At that time, I was completely unimpressed. A door closes. However, what I was really impressed with was their musical talent, specifically their talent with the flute. I remember my sisters practicing the flutes day after day. They practiced so much to the point that they would fall asleep halfway through their practice. I was completely oblivious as to the reason why they were practicing so hard. The truth was that they were practicing for an upcoming competition. Although they were unable to win first place one of my sisters came in close second. In third was my other sister. They were both able to win a large sum of money. I was incredibly impressed.

I aspired to be like them. I wanted to be able to win competitions and earn money. But I was hesitant. Why would I need to do that? Am I not perfect already? I still can’t believe how immature I was in my thinking. Until this day, I am grateful for the fact that my family dragged me out the door. As I stepped out the door, my family held me stiffly by my hand and led me down the long hallway. Some doors already open; some doors still closed.

Picking up the flute was the best choice of my life. I believe that this had eventually led to my greatest achievements. I’ve been playing the flute for over 11 years now and I have achieved distinction on the Grade 7 ABRSM test. I was also supposed to compete in a competition, which was unfortunately cancelled due to the increased cases of Covid in Taiwan.

Looking back, I wonder how different my life would be if I kept closing the doors. I have based both my school life and outside life around music and robotics. I still consider myself a pretty quiet guy who doesn’t like expressing my own emotions, but playing the flute allows me to convey my own emotions without having to hold back.

© Emerson Lu. All rights reserved. If you are interested in quoting this story, contact the national team and we can put you in touch with the author’s teacher.