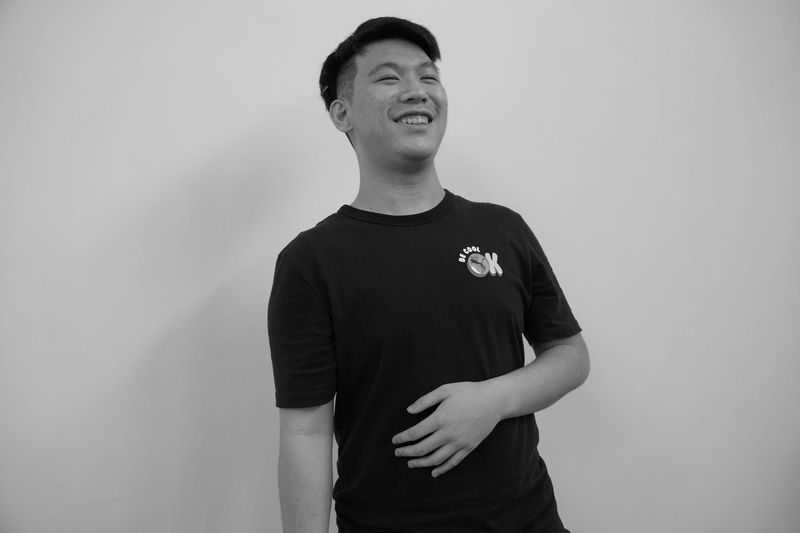 It was the fall of 2021. Unlike other falls, this season would be very different for me because I would be losing a close friend but gaining a new perspective on this beautiful country called Taiwan. For the last few years, the fall semester has been very joyful. My school was filled with vibrant colors, different clubs, different friend groups, and different classes. But, during this time I had come to underappreciate Taiwan. I simply wanted to graduate quickly, study abroad in the U.S., and finally experience different places and unveiled spaces.

I didn't have many “good” friends at school that would listen to my hardships and struggles. If I’m blatantly honest, I can't say that it was only “during the fall of 2021”; however, outside of school I found several through playing video games and my sister. What I didn’t realize was that because I had met them through my sister, who were similar to her age, they were all naturally leaving one by one to pursue their dreams. One was even like a brother. I’d always played games with him, and he stood up for me when I got picked on. He would play games with me despite the fact that I was ditched by others. He would be the last one to leave that fall.

I asked him, “What do you like about Taiwan?” He hesitated, “Everything, from the same old scenery, the same restaurants, the night markets, and the bike rides.” He really never took anything seriously, but this day the smile on his face told me otherwise. “Ethan, I'm leaving in two months. I want to film something.”

As usual, I thought he was joking. I had never filmed anything in my life before. So I asked, “So what are we filming? Boring scenery? Our boring daily lives? That's about to get more boring when you leave!” I was angry, worried, and feeling deserted.“Yeah maybe we will do that, a final film dedicated to Taiwan, to show my gratitude to Taiwan.” I was angry because everyone was leaving and that this was the last thing he wanted to do before leaving Taiwan? I was worried because I was being asked to do something I had never done. I couldn’t reject his idea because, after all, this was the last two months before he was leaving.

A week would pass, then a month followed. Finally, two weeks remained before we had to finish this grand idea of his and participating in his final project, this idea of a film dedicated to Taiwan, changed my mindset forever. I would never again say that Taiwan is boring. I realized that I would eventually come to miss it even when I leave to study abroad. You see, this particular fall I was able to revisit the things that made me feel like Taiwan was not boring. I’d seen sunsets on the top of mountain sunrises at the beach. The wind blowing park where I would lie on the grass hills and night markets filled with different people from children to the elderly. All this for a film made me realize something, Taiwan was not a boring place anymore, not because of the people I socialized with but because of the places that have memories of youth; it showed me how Taiwan is beautiful and full of things to do, from sightseeing to simply eating good food at the night market. Taiwan became an exciting and invigorating place to be.

After we finished the film, I realized that being scared of doing something outside your comfort zone should be normalized. We all feel that fear, the fear of rejection or the fear of uncertainty, but that fear is what makes our life exciting. That excitement is why we need to step out of our comfort zone and take our lives forward into spiraling exciting experiences.

© Ethan Kho. All rights reserved. If you are interested in quoting this story, contact the national team and we can put you in touch with the author’s teacher.