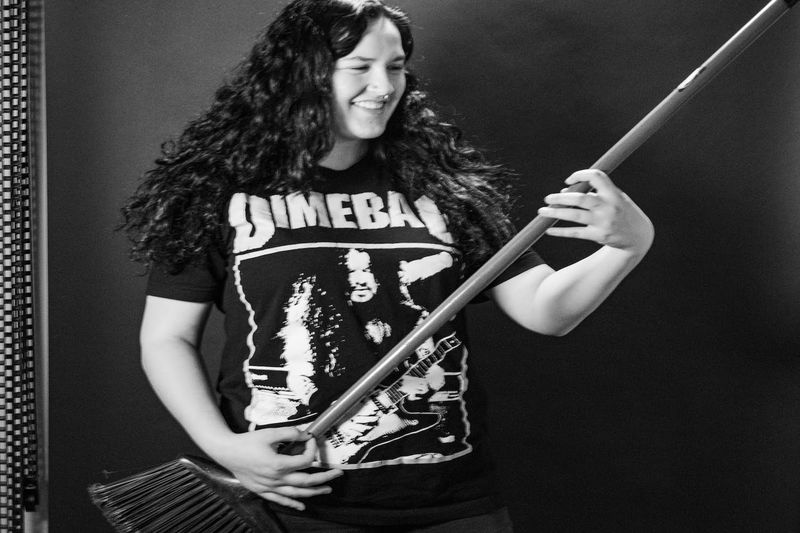 When I was about three years old my parents divorced. My mom was still in school so I spent the majority of my days with my Grandparents. I considered them to be second parental figures as they held so much influence on me. One of the biggest influences they had on me was my taste in music. My grandma had an old fancy record player that played vinyls, CD’s, cassette tapes, and the radio. I spent countless hours a day replaying the same Johnny Cash and Beatles vinyls because they were always laying out. As all small children do, I eventually became bored of “The Ring of Fire” and “Twist and Shout”. I searched through my grandma’s stack and became entranced by the 60’s and 70’s style of music. Johnny Cash and The Beatles expanded to Peter Frampton, Janis Joplin, and Jimi Hendrix. The bluesy psychedelic guitar was the sweet harmony of an angel's voice to my youthful ears.

I rummaged through the CD’s, the cassettes, and flipped through every possible radio station in the area. I discovered Whitesnake, Aerosmith, Poison, Limp Bizkit and Korn. It was like time travel.

Once I hit the 80’s and 90’s era, I discovered a genre to be life changing, Heavy Metal.

Despite my mom favoring country music, her best friend also listened to metal. She admired my taste as it was similar to hers. She told me that my hair reminded her of the guitarist from her favorite band, Darrel Lance Abbot. Professionally known as Dimebag Darrel. One of Thrash Metals many guitar riff pioneers. The first time I heard “Cemetery Gates” by Pantera is still such a vivid memory from my childhood. I wanted to be that thrashing rock-god guitarist. From then on I never cut my hair and I begged relentlessly for a guitar. The following Christmas my mom bought me a Paper Jam. They were fake plastic guitars with buttons instead of frets. However, that barely sufficed me.

Just a mere six years after discovering Pantera I finally got my first real guitar. I played till the sun came up and my fingers bled, and that’s not even an exaggeration. My grandparents didn’t hesitate to enroll me in weekly lessons as music became the center of my life and my passion. I lived-and-breathed it. Even throughout high school and when I got a job I played at least three hours a day.

Countless hours of practice alone in my room turned into garage gigs and small bar bands. I never thought it would be possible, but I’m one leg up on my dream of being that rockstar. Over the past five years I’ve acquired six guitars, including the replica of Dimebag’s guitar from the original distributor. Even at the age of eighteen, I still have the record player, the first guitar, and the dream that started it all. And I’ll continue to “Dream On”.

© Gabby Gonzalez . All rights reserved. If you are interested in quoting this story, contact the national team and we can put you in touch with the author’s teacher.