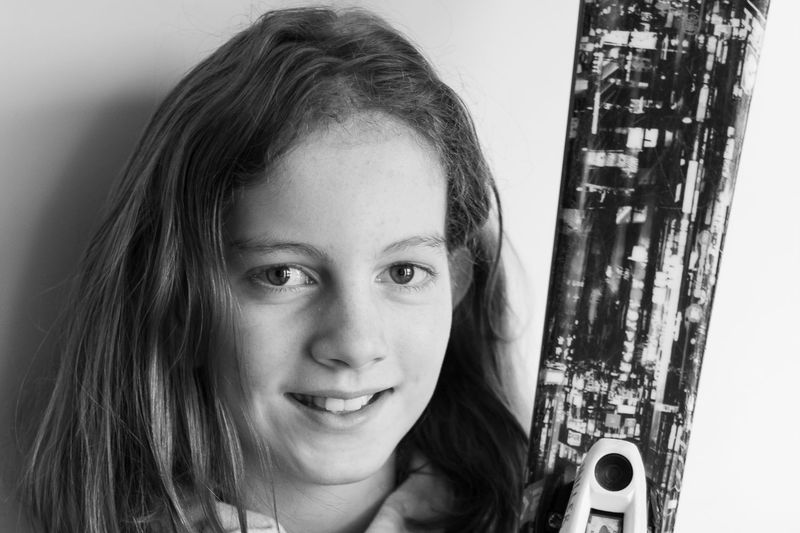 My family and I were taking a vacation in the Black Hills of South Dakota. All sixteen of us were staying in a cabin near Terry Peak. One day, we went to Terry Peak to go skiing. After we all got our ski equipment on, we went into the chair lift line. It was a long wait to get on the cushioned chairs of the Surprise Express at Terry Peak. I was sitting with my parents and my sister. My ski boots were tugging at my feet while they held my skis on. We had finally made it to the top. When I looked out I saw skiers everywhere. Then I assumed position, sat up, and got my poles ready. It was an icy hill. I was out of control, and I ran into a ditch and then a tree.

Meanwhile, my aunt and her husband, with their huge goggles, were skiing over to me. My uncle and my dad helped me out of that pit. A few runs later, we were on the chair lift again, my dad was lecturing me about how I should be more aware of my surroundings. We were going on a trail called Kussy. I remember it has always been hard for me, but I was still willing to try it again. Little did I know this trail would change everything. This trail was icy and bumpy. I didn’t yet know how to do parallel turns or hockey stops, so I was still doing pizza turns and stops. My head scarves were pressing against my short red hair next to my face. I was out of control, again, going everywhere, screaming at the top of my lungs. When I saw a trail with no one on it I tried to steer my skis over there. I ended up getting there, but I accidently skied under a red boundary rope.

After that, my dad encouraged me to keep skiing over to Dark Horse. Dark Horse was a lodge-like chalet that was on the middle of the hill so skiers and snowboarders could take a break and eat, not just relax on the steep chairs of Terry Peak. There were mainly only teenagers there because they basically were the only ones who could make it down the “exciting” hill of Kussy.

Left over from lunch, I had a milk chocolate Hershey bar inside my coat pocket. I began to eat it when my dad gave me a choice between two bluish Powerades. They had about the same amount left in them, but I chose the one to the right of me. I had noticed the caps. The caps said “Power Through.” It was probably just their trade mark, but it was the most inspiring quote to me. Let’s not forget I had already crashed twice, so I was quite gullible even if it was just a black lid with “Power Through” engraved on it.

After I slowly finished my drink, I put the lid in my pocket. I shared my chocolate bar with my dad. Then we put our skis back on. We got on a chair lift because it was the only way to get to the rest of the hill. The view was full of snowy trees. I learned a lesson that day: power through even when things get tough. A few months later I unexpectedly found myself on Kussy. I got on the chair lift thinking it was a different hill called “Surprise Express.” I didn’t realize it was Kussy until I was at the bottom of the hill. I had just powered through Kussy! To this day I still have that black cap, along with the lesson it taught me: power through.

© Hadley Miller. All rights reserved. If you are interested in quoting this story, contact the national team and we can put you in touch with the author’s teacher.