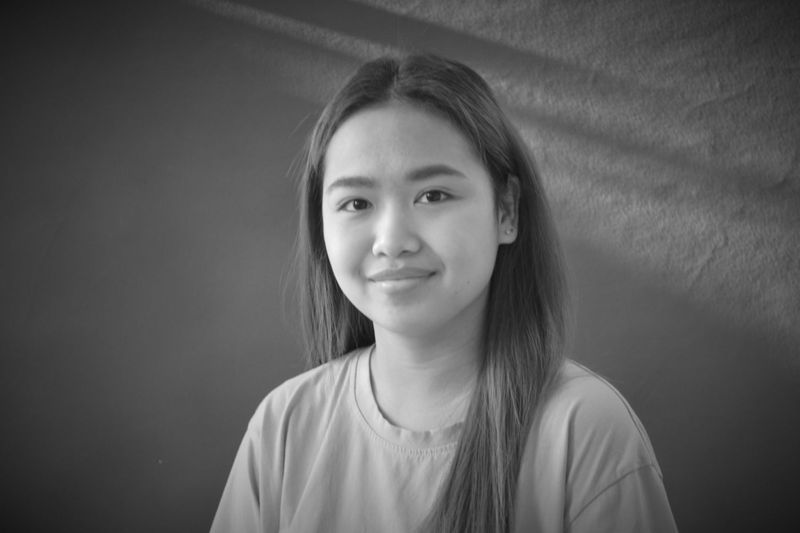 Growing up with friends and family made me feel like needing a companion with me all the time, but that idea got thrown away when my family and I immigrated to the U.S. Going to school with my cousin made us have a lot of both enjoyable and unpleasant memories together.

When I was five years old my mom said that we would move in with my mom’s sister’s family. I remember one time, I was playing with a five peso coin. My cousin went to me to ask what it was and I said, “Limang piso,” but then she argued that it was called “five pesos.” Before my family moved in with my cousin’s family, we lived in a remote area where we spoke different dialects, so in our home country we say things differently. Despite our differences we still grew up being each other's friend.

My cousin and I are the same age and we both went to elementary school together as classmates. In school, we didn’t talk to each other or see each other often because we were not in the same group of friends, but when one of us was in trouble we would be there for each other. I remember one time I was bullied and my cousin heard about it. She went to the person who bullied me and confronted him. From then on, the guy stopped bullying me.

Despite having arguments almost every day, my cousin and I still did everything together. I remember the time we went to our friend’s house to do some projects. We assumed that one of us would ask permission from our parents, but it turned out that neither of us asked. When we went home, we got in trouble and got grounded. Since that day, we have always communicated to know who will ask permission from our parents to go somewhere.

When I moved to the U.S., I realized that having someone there for me, through hard and good times, is something that should be treasured. Since I moved, I haven’t had a friend that I could call my best friend. I don’t hang out with a lot of people and I prefer to just stay at home rather than be with others. I feel that it has become hard for me to adjust my life since moving. Since I was a child, I was a sociable person and I have always tried to fit into other groups, but then I realized that I don’t have to force myself into a group in which I am not really welcome.

It was my cousin who was the friend I was looking for all those years. I treat her as one of my best friends even though we don’t talk to each other as much as before. It's been five years since we moved and I haven’t seen my cousin. We still talk from time to time, but it's not like before. I still know that if I am having problems, I can always talk to her. Even though we don’t communicate as we used to, I will always remember and cherish the memories we made. I will always be grateful for her.

© Jana Gwen Basilio. All rights reserved. If you are interested in quoting this story, contact the national team and we can put you in touch with the author’s teacher.