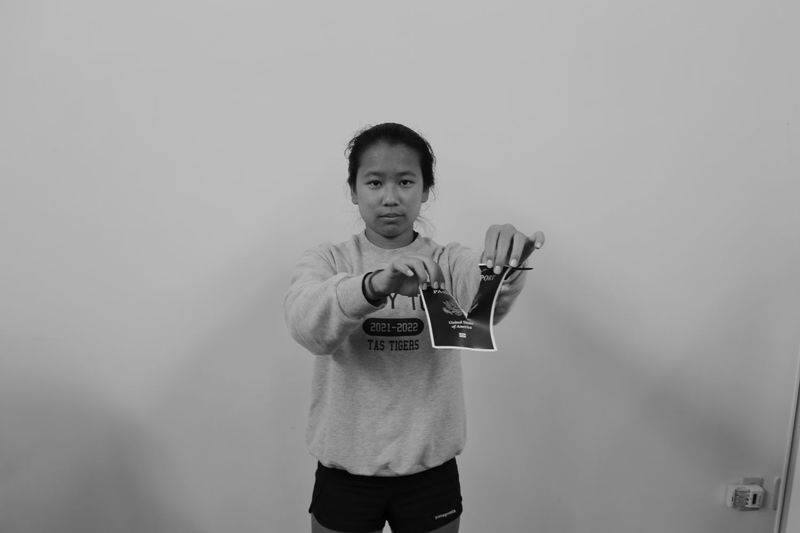 Barack Obama once said, “my fellow Americans, we are and always will be a nation of immigrants. We were strangers once, too." This concept is something that many Americans have forgotten. America is a place where different people with different beliefs, hopes, and dreams come together. Over time, people have selected certain qualities that they deem “American” while ignoring others. Thus, people have oversimplified what it means to be an “American.”

This became abundantly clear to me in the summer of 2021, when I was finally able to return to the United States after two years away due to Covid-19. As much as I wanted to see my siblings, I was relieved to have been in Taiwan because it is where I felt most secure. I was more comfortable because I am part of the majority race in Taiwan.

This was the primary reason my parents decided to teach in Taiwan. My sister and I are adopted from China, and my parents felt that it was important that we grow up in a place where most people looked like us. As a result, I have never felt targeted because of my race. The closest thing was when I would have classmates tell me that I am “basically white” or that I “do not count as an Asian.” This never offended me because I did not have a problem being associated with having “American” traits. I grew up in a family that is primarily white, and most of my friends tend to be white. In truth, I viewed myself as more American than Asian.

This past summer, I was confronted with the kind of assumptions made based on my race. In the US, I worked a job as a Lake Host, inspecting people's boats before they entered the lake. I talked and interacted with many different people. It was refreshing because two years away had made me realize what I had missed. I was finally ready to be in a place where my “white” qualities would be viewed as normal. Throughout the summer, I noticed similar patterns in the types of conversations I had with others. They almost always were about my background, which I was happy to discuss.

It was during the last few weeks of my job that things changed. A man came by, and we started chatting. I mentioned that I went to school in Taiwan, and he looked at me with surprise and commented that my “English was really good!” I was completely caught off guard and quickly responded with “thank you” and then added, “I am from New Hampshire though.”

For me, this was a slap across the face. This man saw my skin color and assumed that I was not from the US. Even though America is supposed to be the place where many different ethnicities and cultures are brought together, many people unconsciously view Americans in a certain way. Every day, people associate the word “American” with people who are white. Even I unconsciously do it. By viewing myself as more American than Asian, I was actually viewing myself as more “white." The man’s comment stung so much because it broke that illusion.

At that moment, I felt at a loss with my own identity. I was not Asian enough in Asia, but not American enough in America. I felt isolated from both societies because I did not fit the ideal standards of either culture. It is here that Obama’s words are applicable. There is a sense of superiority that one race dominates others, but we forget that even “whites” were once immigrants.

There is so much more to being an American than any one set of characteristics could ever describe. The man I encountered had an incredibly limited mindset. He is a direct example of the ignorance that our society has succumbed to.

© Jia Anderson-Salo. All rights reserved. If you are interested in quoting this story, contact the national team and we can put you in touch with the author’s teacher.