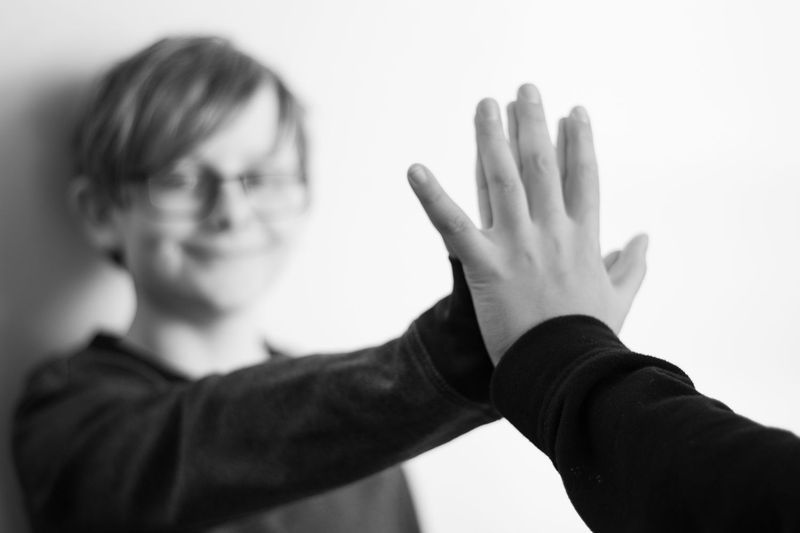 It was a nice day and the sun was warm. I was walking back to my house. I had just left a sleepover with my best friend Saif and his older brother Karim, who is 2 years older than Saif and I. I had just left Saif’s house.

“Last night was fun,” I yelled and as I walked away I started to think about last night. Saif and I had stayed up until 4am. We would have stayed up all night but Saif’s dad goes to work from 5pm to 4:30 am! We both heard him walking down the stairs. We had different plans of how to not get caught. I ran into the room. But as I ran I saw Saif’s dad and he saw me but thought it was one of Saif’s cats, because I ran so fast, all he saw was a fast small black dot. But when I ran and got into the bed, I realized Saif had stayed and was pretending to sleep. His dad found him and woke him up and told Saif to go to bed and he did.

When I got home that day, I was tired so I ran down the stairs and to my room to sleep. I sat down for about 2 hours when I heard the doorbell ring. It was Saif and he brought his computer and iPad so we could play Roblox all day. It was so fun. By the time we ate it was 3:27pm. Then we discussed that we would call Saif’s dad and ask if Saif could stay and have a sleepover at my house and he said yes. But he wasn’t done. Karim asked if he could come over and I said yes. Karim was too scared to go on his own so me and Saif ran back to Saif’s house to get Karim. And then we ran back to my house.

Our incredible friendship had started when I heard about a kid who put the scary thing from It on the sewer drain, and I knew he needed to be my friend. I remember the first time I went to his house. It was big and smelled different from any place I had been before. The first person I saw was Saif’s mom. She asked, “Who are you?” I politely told her, “I am Saif’s friend.”

The food Saif’s family eats is different from mine. Saif’s dad makes eggs and bread. What he does is take the bread and rip it in small pieces then you put eggs in the bread and eat it. They also eat rice from the guts of goats. It is not rice but it looks and is smaller than rice.

Other than food, we have more differences. Saif is more aggressive in games. For example, one time Saif was running so fast because he wanted to win, and hit his shoulder on a corner. I have gone to the mosque 3 times with Saif’s family, and it is very big. With my family, I go to a church instead.

At the same time, we also have lots in common. Saif has a family just like me. He has two older brothers. One is named Karim, and he is 14. The other is Usuf who is 18. We also both really like Roblox. Saif and I’s friends play tag, ping-pong, air hockey, but mostly tag. Another similarity is that we both go to school.

I’ve learned a few important things from being friends with Saif. First of all, don’t try to do a backflip on the ground. That’s a whole different story. Also, I learned that we are getting more like each other.

© Luke Callahan. All rights reserved. If you are interested in quoting this story, contact the national team and we can put you in touch with the author’s teacher.