Basketball is My Life 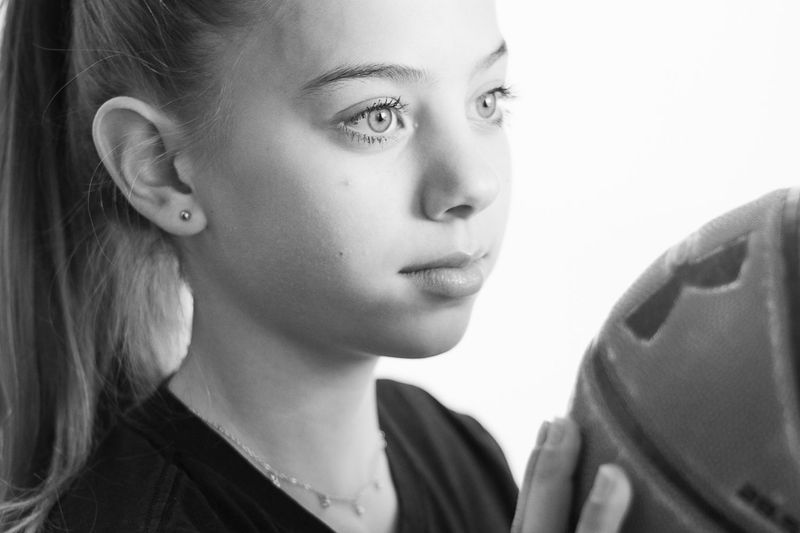 Ever since I could remember, I was always playing or watching basketball. I was never able to do it when I was little because basketball started in second grade, and I was too young to start. I was always watching my older sister Taylor play basketball. I went to her practices and watched her because she’s a year older than me. Although they were not very good, it was still a great experience for me to see and learn that no one starts good–you have to practice to become better.

It all started on a normal day when my mom asked the life-changing question, “Hey, Macey. Do you want to go to the gym?” When I first walked into the gym, I heard shoes squeaking on the floor and nets swishing, and I knew that I was in the right place.

I started playing basketball about five years ago in second grade. When I first started basketball, it was a catastrophe and pretty boring because I didn’t know what I was doing, and nobody on the team knew the rules. We were basically just running around and having fun, but there was still some learning happening.

Once we got into third and fourth grade, it started to get a little more exciting and serious because everybody was more organized; we knew the plays and how to work as a team, and, honestly, our defense got really good during these years. There was still stuff to work on though.

At the end of our 6th grade season, it was so great, but it was also sad at the same time because I had to leave my team, but it’s also good because I get to meet new people in middle school. I’ve been playing basketball for a long time now, and, before, I didn’t know that basketball could teach me more than just to shoot a ball–but it did. I learned that basketball is just like school in the way that you might be really talented at something, but there’s always something you can learn.

I was probably in fourth grade when I really started to learn from basketball because I realized what basketball meant. When I was little, I just thought basketball was a sport, but now I know that basketball is my life, and I will never forget that. I’ve gotten hurt so many times in basketball, but all those bruises, scrapes, and scratches were worth it to finish the game off strong and learn who I really am. It was this year when my team was working as a team.

In third grade, we had eleven people on the team, so for me it was really hard to be close to everybody on the team; however, five people from that team are some of my closest friends. I had to adapt to everybody on the team. It’s really hard leaving my teammates and my coaches because, next year, I’m probably not going to be on the same team as my friends. Moreover, one of my coaches is my mother, so it’s going to be weird next year because she’s not going to be on the bench–she will be in the stands. Nonetheless, I will always know that she will be my biggest fan; even though I might not hear her, I will know. I knew that I would never be one of the lofty players. I knew that I would always be the point guard, but there are some people on my team that are lofty. My teammates and my coaches.

Both of my coaches have a saying they would always say: “Get after it girls.” They even made a shirt for everybody on the team. It has a meaning that is more than just basketball; in life, if you want something, you have to “get after it” too. Nothing is given, you have to put in the work.

© Macey Nedved. All rights reserved. If you are interested in quoting this story, contact the national team and we can put you in touch with the author’s teacher.