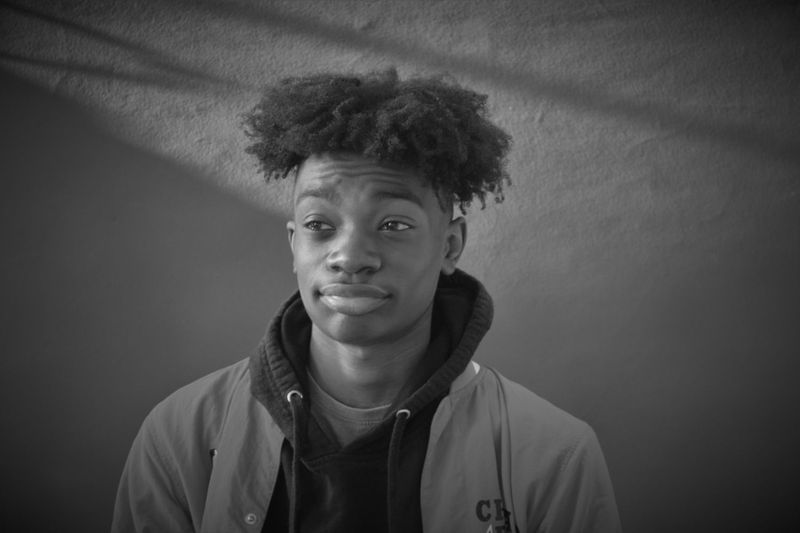 It's 12:50 P.M. and the basketball is bouncing hard against the court. I see an opportunity to go for the steal. Bam! He pulls the ball back and I fall to the ground. The whole gym is laughing; my poor reputation is in shambles.

Malachi, how did you manage to get yourself into this situation? That's probably the question that popped into your mind. It sure popped into mine after reading that introduction. Well, let me start at the beginning for you and we will both find the answer to that question.

In the year 2004 in a hospital room a baby was born. Oh wait, never mind, that's a little too far back. This story starts in the summer before my sophomore year of high school. The year prior my dad got a new job, so in the middle of my freshman year we moved districts. That meant tenth grade would be a new school and a fresh start.

Now, I am a tall skinny black boy. Some people would say handsome. Some probably assume that I play sports. To those two things people would also be right. It wasn't always true though. There was a point in my life where I gave up on playing sports. Football was my first sport, but because people would always try to injure me, I walked away from it. Playing wasn't fun anymore and nobody wanted to run a game with me.

So, daily life changed; football was no longer the main focus of life. That energy had to be put somewhere else though. The spot it decided to land was the stereotypical life of a teenager. I sat inside playing Madden and Lego Marvel Super Heroes 2 in my spare time. I ate a lot of sour Skittles and drank a lot of Sprite. Somehow I still kept the good looking slim physique.

Fast forward to sophomore year of high school and I was still stuck on gaming. One thing was different: P.E. Instead of just sitting down and napping, I had to run around and play sports. Most of my classmates treated P.E. as a pro league; they only wanted the best people to play. Basketball was probably the most entertaining, though. People were diving for the ball, shooting the ball close to half court and even getting dunked on. The students they had on the courts were playing like some of the best players in the NBA. Then there was me, not even close to Bob at your local LA fitness. To my surprise they wanted me to play with them one day.

Being new to the school, it made sense why I got picked. They didn't know I had never played basketball before. For all they knew I could be the second coming of Michael Jordan. I was tall, fast, and athletic so I had to be good at basketball, right?

So the game starts and all I have to do is run up and down the court. Sadly there came the point where I had to guard the worst regular player. He crossed me up and hit the game winning shot. While I was on the ground, everyone laughed and called me trash.

After that day I was never asked to play basketball in P.E. again. Nowadays, I play basketball and I'm pretty decent at it. That's the funny thing about assumptions though. A person could be far better than you expected or far worse than was ever imagined. If your guess is wrong, it could cause a lot of embarrassment. The person could end up on the ground because everyone thought they played basketball. But if someone does get embarrassed, don't make fun of them. Instead we should laugh with them. Who knows, maybe your assumption introduced them to their new favorite hobby.

© Malachi Corbin. All rights reserved. If you are interested in quoting this story, contact the national team and we can put you in touch with the author’s teacher.