Down to the Paint Stroke 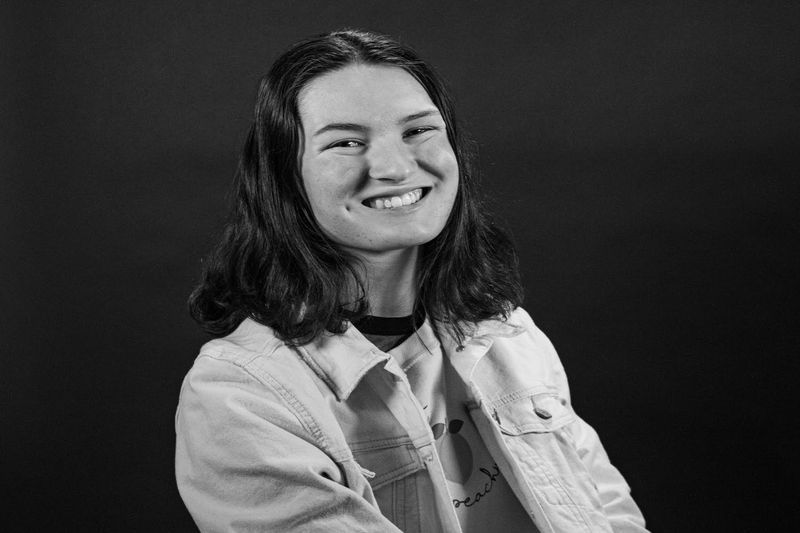 My second week of kindergarten quickly took an unexpected turn. I had been playing on the playground during recess on a bright and sunny day when that day quickly turned cloudy. From the top of the playground, I was pushed off from the ledge of a platform. The highest ledge on the entire playground: 8 feet high. As that 8 feet turned into 0, I struggled to crawl underneath the playground where I then blacked out.

“Malia almost had one of her bones pierce through her skin.”

“She’ll have to stay for a while.”

“The ulna and radius are broken in her forearm.”

All of this information overwhelmed my terrified parents. They had never had to deal with their child breaking their right arm before. That night, my mom had told me she threw herself onto her bed crying for me.

A few joys came from this hospital stay. Not including the late-night Disney Princess movies, picking out my bright, pink cast, and all of the ice cream. All sorts of family members came to visit me, but the one that stood out to me the most was when my aunt visited me.

My aunt is somebody who I believe is strong and determined. Years ago, she was struck by a car, resulting in her becoming paralyzed from the waist down and she has been stuck in a wheelchair ever since. She still makes her rounds and travels around as she pleases.

The morning after I had received my pink cast, I was laying in the hospital bed when I rose in shock to see my aunt rolling in with a blue gift bag in her hand. At this point, my room had been full of get-well-soon cards, balloons, etc, so I was excited to see what she had had for me.

“I hope you get better soon” She had said as she passed the bag to me. She looked at me from her wheelchair as I ripped out the white tissue paper to find a turtle rock looking back at me. My aunt had told me that she had hand-painted the rock just for me. This turtle, with its pine tree green body with daisy yellow polka dots, all contributed to its hand-painted strokes that brought a large smile to my face. I thanked my aunt, attempted to hug her with the bulky, pink cast of mine, and after a great visit with her, she was on her way, rolling away in her wheelchair.

It meant the world to receive such a gift. Rather than receive a card or balloons that anybody could go out and buy, my aunt decided to create a gift from scratch and add bits of love into it during the process of making it.

I still have it to this day as it is sitting atop my white dresser within my bedroom. Upon walking into my bedroom, it is one of the first objects that can be seen. Its painted smile and eyes greet me every time I enter my bedroom, just like they had done the same when I had first opened up that blue bag all those years ago.

© Malia Connor . All rights reserved. If you are interested in quoting this story, contact the national team and we can put you in touch with the author’s teacher.