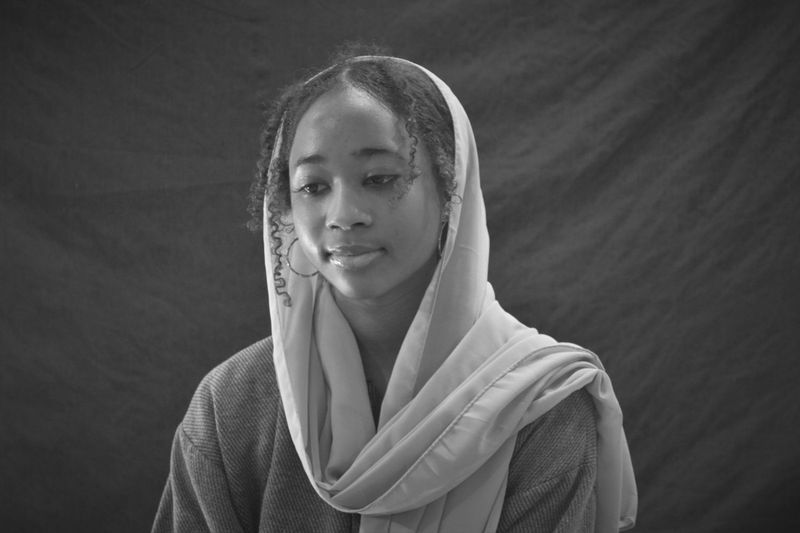 What first comes to mind when you think of a Muslim woman? Everyone seems to have a generalized idea of what she looks like and what often comes to mind is an olive-skinned Middle-Eastern woman with a headscarf. My family comes from Guinea, a predominantly Muslim country, making me a first-generation African American Muslim woman. This affects the person I am today in more ways than I can count, from feeling differently and cowardly to a uniquely flourishing and beautiful feeling.

I have always lived in predominantly black areas, with each containing different cultures. I was born in a small neighborhood in Bethesda, Maryland that contained predominantly African, immigrant Muslims. Almost every person I ran into would be from a West African country, ranging from Senegal to Nigeria, meaning it would not be abnormal to run into someone who shared a similar culture or custom as mine. Just walking down the street, I would see my fellow brothers and sisters wearing colorful and traditional head coverings with prints representing their countries. Growing up in an area like this had both its pros and cons, such as being able to relate and celebrate “unpopular” holidays with everyone. As a result of this, it did lack diversity and representation from other cultures.

After a few years, my family and I ended up moving to Norfolk, Virginia. Making sure that it was not a huge culture shock, my parents enrolled me in an Islamic school alongside my public school. Although it was not the same as Maryland, it did make the move easier on me. This school was filled with Muslims from different countries such as Jordan, Somalia, Yemen, Egypt, Mali, and Sudan. Since hijabs were required for all girls in school, it lead me to switch from traditional African hijabs to a more universal jersey or chiffon headscarf. After getting accustomed to this new city, I became fully enrolled in only Norfolk Public Schools, but this felt like a whole new world to me. I went from having similar cultures with everyone around me to feeling like the black sheep. Consequently, I ended up being pressured to take off my hijab. This pressure was of my own self judgement and insecurities. Random people would have multiple questions about my religion and why I wore the hijab, and I honestly hated answering them. Although I looked the same as everyone else, I still felt different.

All of middle school, I struggled with embracing and practicing my religion; plus, living in an area with few Muslims made it much harder for me. As I grew older, I started seeing more representation from Muslim women on social media, and they inspired me. I began to start questioning my beliefs and slowly realized that I wanted to put the hijab back on. I began to realize the significance of the hijab. Not only is it a piece of cloth on someone’s head, but it also represents modesty, culture, and privacy. What most people fail to realize is that wearing the hijab signifies courage and a story of its own. It’s also a lifestyle, a mindset, and a proud representation of a beautiful religion.

As I started high school, I started occasionally wearing a simple silk headscarf, and now I wear a hijab everywhere except school. I still struggle to wear the hijab fully, mainly because I am afraid of judgement from others. In the future, I do believe I will be able to wear it full time, but for now, I will be a part-time Hijabi.

© Mariatu Barrie. All rights reserved. If you are interested in quoting this story, contact the national team and we can put you in touch with the author’s teacher.