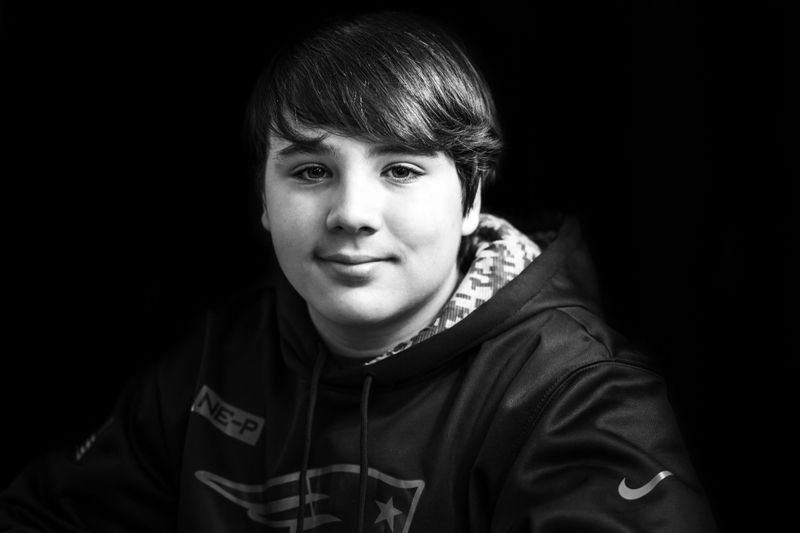 Every summer my cousins and I go to our Grammy’s house for a week or two. She lived on top of a mountain in Holderness, NH. She had an in-ground pool that we loved swimming in.We played so many games in the pool. It's also the place where I learned how to dive. I dove into that pool more times than I can count. We had a lot of fun every time we went because she had a lot of property that we could hike and play sports and all sorts of games on. She had a basketball court that we would play on for hours at a time.

It was also the place where our family's Thanksgiving dinners took place and was probably one of my favorite three days out of the entire year. So many family members came over to her house and lived, laughed, and most importantly, ate. Our Thanksgiving dinner took place in the barn that my Grandpa built right before he died. They had a huge projector that we’d watch football games from and a huge table that we all sat around and came together for a single night. My favorite thing about going to her house was seeing my cousins Noah and Maya, with whom I have probably made the most memories with and will always cherish. I don't get to see my cousin Noah much anymore because he graduated and lives in Baltimore with his mom and has responsibilities now. I haven't seen him in more than two years. Maya, on the other hand, is the same age as me, and I see her at least two or three times a year.

Another thing we also did when we were there was play a family game of Monopoly which usually took four or five days to complete. The game was usually between my Uncle Justin, Maya, Noah, my Grammy, and me. It was always fun to play even though I never won. I would do just about anything just to go back there for a day; I miss it so much.

Her house was probably one of my favorites places in the world because of how many memories I made there, but that ended last year when she decided it was just too much work for her and her boyfriend, Jack to care for. They decided to build a house on what we call “Jack’s Island”, which is really a plot of land on Cow Island on Lake Winnipesaukee. While I thought it was cool they were going to live on an island, I was also really sad because I was never going to be able to go back to Grammy’s house in Holderness again. At least I have all the memories there.

The new house was just finished being built, which took more than a year. I am very excited to see their new house, but her old house will never be forgotten as one of my most favorite places ever. But new memories will be made at the new house that I can also cherish forever.

© Mason-Elias Dussault. All rights reserved. If you are interested in quoting this story, contact the national team and we can put you in touch with the author’s teacher.