Looking Through His Eyes 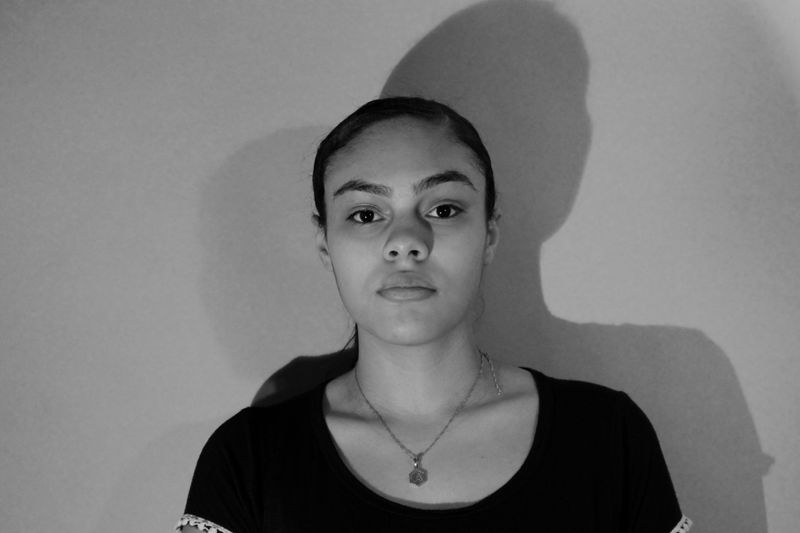 My brother Julien was born on January 28, 2006 when I was four. I was excited to finally be a big sister but I didn’t want anyone stealing my attention so I was glad to hear my mom had a boy. Everything started out normal. My brother was like any baby, curious, sleepy, and hungry.

But around the time he turned one, we started to see a change. He started to not look people in the eyes and he would ignore all noises around him. Our first thought was that he was deaf since he didn’t respond when we spoke to him. We all started learning sign language and teaching him. But after three months, we realized it was something else because he did other things like flap his hands and walk on his tippy toes and never make direct eye contact. My mom was the first to think it could be autism because she had been taking a class on disabilities. When we brought him to the hospital, the doctors confirmed he was indeed autistic.

As a kid I didn’t understand my brother’s disability. Being only four, I didn’t know how to ask. But I have always been mature and being a new big sister meant I had to understand things older people did, or at least act that way. Of course what I didn’t know was that I wasn’t the only one with questions, none of us understood what it meant for our family. But even as a kid, not fully understanding my brother’s disabilities, I never once thought of my life without him. From the moment I held him at the hospital I felt a love and connection I’d never felt before, and I wouldn’t change him for anything in the world.

But it was hard for me when we’d go out and he’d get upset or have one of his big and dramatic temper tantrums, screaming and crying hysterically. I’d always rather be home and skip on the embarrassment. I remember getting upset at my brother if we had to leave places he didn’t like. I would express my anger alone in my room, but never in front of my family. I felt I had to keep up the facade of being mature and understanding.

I can’t remember my mother ever sitting down with me and telling me my brother couldn’t control some of his actions, I think she just assumed I knew. Around the age of 13, my embarrassment changed to anger, not towards my brother, but towards others. Anyone who would look at my brother like he was different would either see my anger or hear it. I can remember count- less times where I’ve snapped at strangers “what are you looking at?!” or “is there a problem?!” They usually responded by looking down or saying no.

I still sometimes have that reaction, and I try to talk myself out of that be- cause reacting like that usually only make things worse.

My brother has shaped my heart for advocating for people who can’t do it for themselves. In my religion one of the biggest philosophies is to forgive and be forgiven. At the age of 15, I started to really take this in and to reevaluate my life and see times where I had judged other people for something they maybe couldn’t have controlled. I feel like this comes with maturing in every person’s life.

I’ve started to understand that maybe people react the way they do because they may never have interacted with someone who has autism. Realizing this has helped me better understand people. This is one of the most valued lessons my younger brother has taught me.

© Naomi Nunez. All rights reserved. If you are interested in quoting this story, contact the national team and we can put you in touch with the author’s teacher.