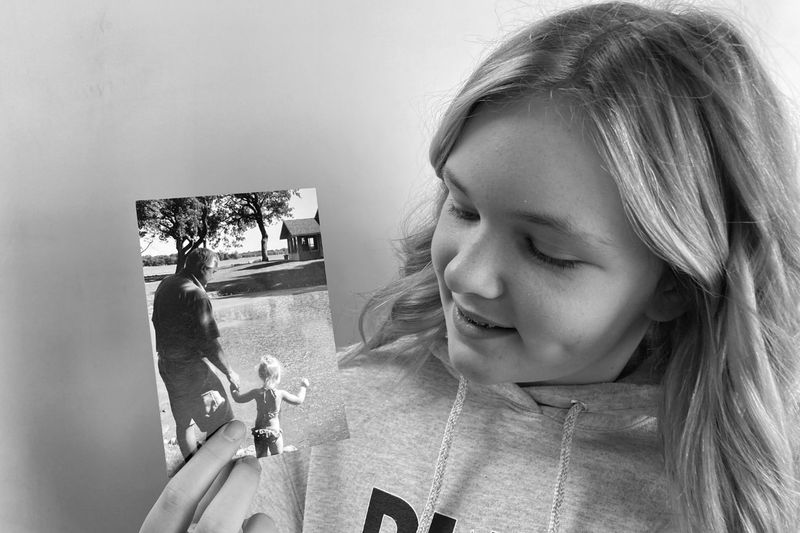 When I first went to Wiley Park, my grandpa had brought me with him. It was really nice because you could go for free, but if you paid, you could go on rides. We went into the little shop and got tickets to the hungry bumpy ride. Next, we wondered about the yellow brick road and went on the Humpty Dumpty ride, and knew I had to go back again. So every time I went to see my grandpa, we went to the park.

My grandpa was old and in his 70s. He lived in Aberdeen and was a judge. His name was Larry, but I called him Papa Larry. He was really important to me because we would do everything together, and I would always stay with him for a long time when I went to visit. I stayed with him a long time because he lived in Aberdeen and I lived in Harrisburg, so he would be pretty far away. When I went up to Aberdeen, I would stay there for like three weeks. He was a judge and he would bring my family on vacations, mostly to Disney World. He brought us there often, so I ended up going like nine times. He brought us to places like Disney World, on Disney cruise ships, and also to the Bahamas. But if I was staying at his house, we would go to Wiley Park with me and my cousin. He would also bring us to Runnings and get us basically whatever we wanted. We were talking about going to Hawaii, but then something unexpected happened.

About three years ago, I was in the library at school. The school principal called on the intercom, “Nolee, can you come down to the office?” My classroom was all the way on the other side of the building, so I had to walk a long way to get there. When I arrived, I saw my mom crying.

At the time, I had no idea what had happened. My Mom and I went to the car and I saw my Dad was crying too. I was freaking out as I had no idea what was happening. I was begging them to tell me what was going on. They said, “Papa Larry has passed away, and we need to get to Aberdeen now.” I felt really sad because he was so important to me, and I burst into tears. It was really weird because it was Halloween morning, what a coincidence.

They said they were already packed and had to go to Aberdeen right away to see my Dad’s side of the family, as Papa Larry had been my Dad‘s Dad. They were kind of worried because my Grandma had some health issues including bad hips, so she couldn’t do many things on her own. So, they decided to buy her a new house. I was so sad and devastated because all the fun things we did together were gone.

A couple of days later they found out that he had completely passed away. We went to his funeral and it was really sad and devastating. Along the way, I learned that the people you love will always go to a better place. I’m going to keep going on and making him proud. I’m in 6th grade now and every day I wish he was still here with us.

© Nolee Lovrien. All rights reserved. If you are interested in quoting this story, contact the national team and we can put you in touch with the author’s teacher.