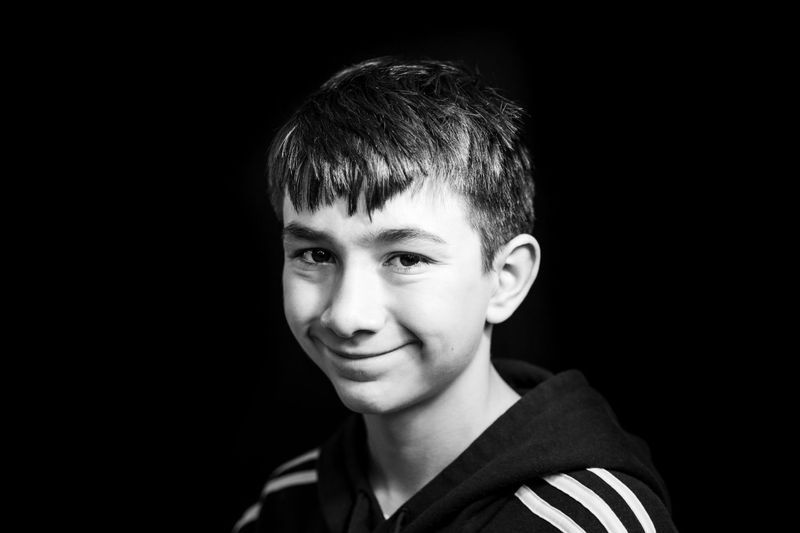 I was born in Brattleboro, VT. When I was seven I moved to Westmoreland, NH. It was difficult at first. The first two months I had maybe one friend and constantly “skipped class”. In second grade skipping is basically the same in high school except it's all in one classroom, so it's easy to get caught.

Then I actually started being social and made a lot of friends, but I mostly hang out with my friend group consisting of three main people, with four or five added. After that point we got into so much trouble we had to stay in for recess basically every day. We disrupted class, skipped, didn’t do school work, etc. I went to the principal’s office on a daily basis.

Second grade was very tame in comparison to third. Third grade was something… and we had a mean old lady teacher, so it didn’t really mix well. Me and my friend group constantly disrupted class and didn’t do any work. We were mean to people and teachers; it was relatively the same but on a higher level. In my school we had a system for when you did something bad. 1. Teacher warning. 2. Principal's office. 3. Parents are called. This is an average system, but it wasn’t common for elementary students to get to the third level almost daily, and we did.

One day when we were at recess, it being a relatively calm day, we weren’t really doing much and then something was said between my friends. I was there, and the other two were there, and they got really mad at each other, and they started fighting. They were in the soccer field, and they were just fighting. I didn’t want trouble so I walked far away and talked to my classmates. The teacher yelled at them and me and grabbed me and my friend by the ear. Even though I didn’t do anything, I got in the most trouble because I was “The Leader”. My parents were not happy by the amount of trouble I got into and considered moving schools. If I wanted to make trouble, I couldn’t let it get out of hand.

Things started to die down until we went to the Montshire Museum as a class field trip. I never went so everything was so new to me. My friend and I branched off from the groups and just messed with everything we could. There was a lost and found section near the bathroom, so we grabbed stuff and flushed it down the toilet and got it clogged. Our teacher wasn’t paying attention to us, I have no clue why, but we managed to get away with it all.

And then in fourth grade, one of the friends moved schools. It was just me and my Montshire friend. The group kind of disbanded, and I made new friends. I still skipped and didn’t pay attention, but it wasn’t as bad as before.

In Westmoreland fifth grade is considered middle school, and my new friends and I decided to create and write books/stories. They were all awful, but it really sparked my interest to start creative writing which is now my favorite subject. It was great until sixth grade. My best friend moved, so I became friends with the same kid from second and third. I did little to no work and got back into my old habits. I found myself in lunch study every day.

High school started and it was an entirely new experience. So many opportunities and I tried to take them. My goal was to be a neurosurgeon, go to Stanford university, and move. And of course depression struck and now I’ve fallen into my old habits. I’m worried that I’ll never change and fall back into my old habits permanently.

© Robert Barnum. All rights reserved. If you are interested in quoting this story, contact the national team and we can put you in touch with the author’s teacher.